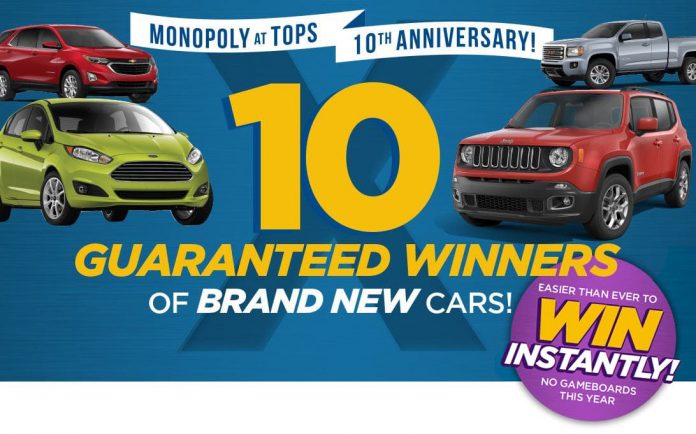 Be sure to look for bonus ticket tags on more than 2,000 items throughout the stores. You’ll receive 1 bonus game ticket at checkout for every specially marked product you purchase like Pepsi 2 Liters, TOPS Cereal, TOPS Peanut Butter, Smithfield Foods Stack Pack Bacon, Pringles, Pop-Tarts and more.