The Hungry For Mania Sweepstakes at WWE.com/HungryForMania is a promotion celebrating the announcement of the WWE teaming up with SNICKERS brand to present this year’s WrestleMania taking place Sunday, April 3, 2016 at the AT&T Stadium in Dallas, Texas. Wrestling fans are invited to answer the question “Who are you when you’re hungry?” at wwe.com/HungryForMania for a chance to win a trip to WrestleMania 32.

How To Enter The WWE & SNICKERS Hungry For Mania Sweepstakes

Commencing on February 22, fans must visit wwe.com/HungryForMania and complete any of the following three actions to earn entries into the Sweepstakes:

Regardless of method of entry, each participant is limited to a maximum of twenty one entries over the course of the Sweepstakes Period. Participants have until March 18, 2016 at 11:59 p.m. ET to enter by completing the actions mentioned above.

WWE and SNICKERS will send one lucky winner and a guest to Arlington, Texas where they will have the chance to win attend WWE WrestleMania 32 on April 3, 2016. The trip includes the following:

Who Are Your Favorite WWE Superstars and Divas When They Are Hungry?

This is MY house & good manners are essential. Now fetch me my Snickers, I’m famished. https://t.co/KjKSxly464https://t.co/I4sM5JzzRo

Who are you when you’re hungry? Tell us now at https://t.co/fCTpctuXkT and you could win a trip to #WrestleMania! pic.twitter.com/6hdNPRffL6

Chicken X’ing on the road to WrestleMania? Now that’s a hoot or should I say cluck… https://t.co/ZQytTIwmtDhttps://t.co/qq9wY5lWK0

The WWE & SNICKERS Hungry For Mania Sweepstakes is open only to individual legal residents of the forty-eight (48) contiguous United States and the District of Columbia, who are at least eighteen (18) years old when they enter the Sweepstakes. 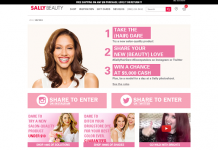 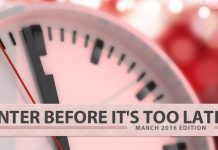 Enter Before It’s Too Late: Sweepstakes Ending In March 2016 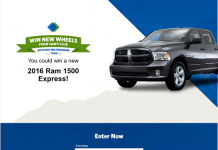 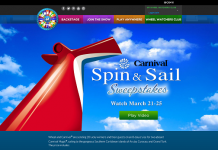 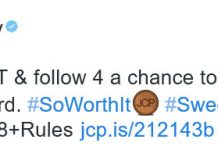 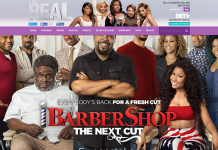 TheReal.com/BarberShop – The Real BarberShop: The Next Cut Sweepstakes