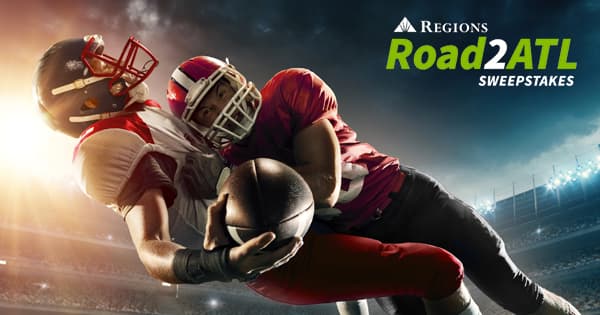 Regions Bank has your tickets to the 2019 SEC Football Championship in Atlanta, GA. Visit road2ATLsweepstakes.com and enter the Road2ATL Sweepstakes 2019 for your chance to see the big game in person.

The 2019 Regions Bank Road2ATL Sweepstakes is open only to legal residents of the fifty (50) United States and the District of Columbia who are at least eighteen (18) years of age at the time of entry.