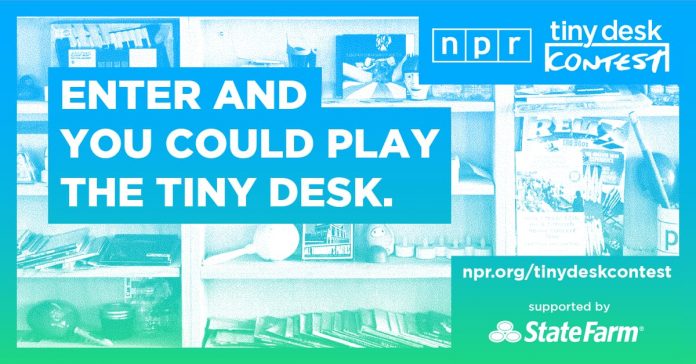 Enter the NPR Music Tiny Desk Contest at NPR.org/TinyDeskContest and you could win a chance to play a Tiny Desk concert at NPR in Washington, D.C. and tour the United States with NPR, supported by State Farm.

Here’s what to know about NPR Tiny Desk Contest.