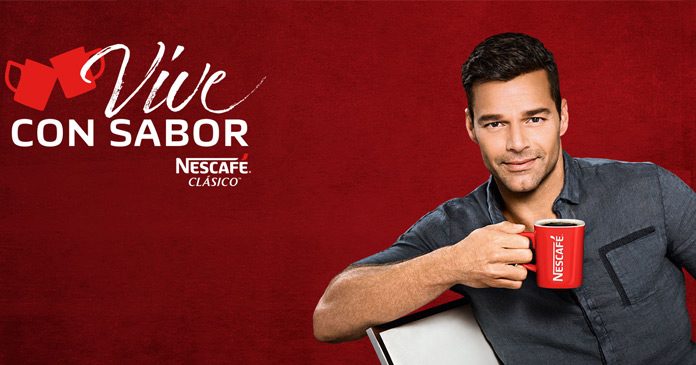 NESCAFÉ Clásico is giving you the chance to share an unforgettable coffee-break with American singer Ricky Martin. Buy NESCAFÉ Clásico and look for the on-pack code found at the bottom or on the back of the jar. Then, visit www.nescafeclasico.com to enter the Vive Con Sabor Sweepstakes for a chance to win.

NESCAFÉ Clásico Vive Con Sabor Sweepstakes is open only to legal residents of the 50 United States (including District of Columbia) who are at least 18 years old at the time of entry.

Administrator will randomly select the potential Sweepstakes winner, from all eligible entries on or around November 27, 2017.

Six hundred twenty-five (625) random, computer generated winning times will be generated during the Promotion Period. If you are the first player to play the Instant Win Game at or after one of the randomly generated times, you will be a potential instant winner of the prize indicated.

For a winner list, visit http://bit.ly/2r1NpOx. The winner list will be posted after winner confirmation is complete.