Eligibility :
The Halloween Horror Nights® Sweepstakes (“Promotion”) is open only to persons who, at the time of entry, are legal residents of, and are physically present in, the 50 United States and the District of Columbia and who are twenty one (21) years of age or older. . Officers, directors, agents and employees of Sci Fi Channel (“Sponsor”), NBC Universal, Inc., Universal Orlando Resort (the “Prize Provider”), and each of the  oregoing entities’ parent, subsidiary, related, affiliated and joint venture companies, advertising and promotion agencies, and any other entity involved in the development or administration of this Promotion, as well as members of such employees’ immediate families and households (including children, spouses and siblings and/or other people living in the same households as such persons, whether related or not), are not eligible to participate or win. By entering the Promotion, participants are bound by and agree to these Official Rules. Sponsor reserves the right (but is not obligated) to verify eligibility qualifications of any entrant. All federal, state and local laws and regulations apply. Void where prohibited by law.

How to enter:
by Cell Phone: If you have a text messaging capable cell phone from a participating carrier, you may enter the Promotion by responding to the on air solicitation once prompted by a Promotional Spot, by sending a text message to the short code 72434 with the text “HHN.” Your cell phone carrier may apply standard text messaging rates to each entry and to all other text messages sent and received in connection with the Promotion. You will receive a “thank you” text message after you text your entry including a confirmation that the message has been received or an error message noting delivery failure. If you get an error message, please try again. You may stop receiving text messages at any time by responding “end,” “stop” or “quit” to the thank you text message or to any of the messages. For every “HHN” message submitted via text messaging, you will receive one (1) entry into the Grand Prize Random Drawing to select the winners. You may respond to the invitation after the on air solicitation has been made during any Promotional Spot until the end of the Promotion Period.

Alternative Method of Entry Online: To enter the Promotion without using a text messaging capable cell phone, visit www.scifi.com/ghosthunters (the “Website”) and complete the online registration in its entirety and submit your entry. You may submit your registration and/or entry after any on air solicitation has been made during any Promotional Spot until the end of the Promotion Period. For every entry submitted via the Website, you will receive one (1) entry into the Grand Prize Random Drawing to select the winners. Normal time, toll, connection and usage rates, if any, charged by your Internet service provider will apply. 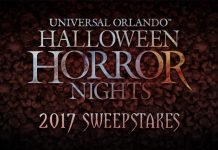 Eagle Snacks 2008 – The Bald and The Beautiful Sweepstakes