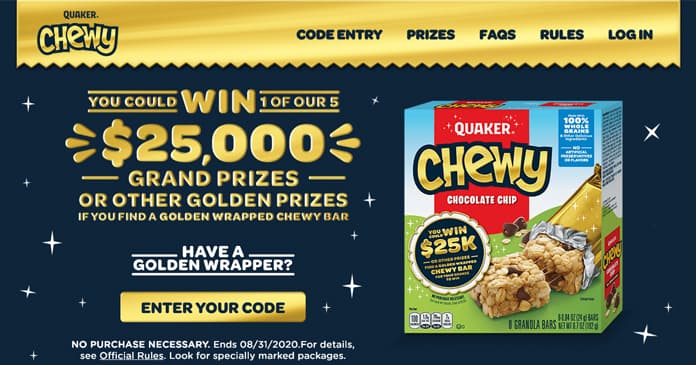 Visit GoldenChewy.com and play the Quaker Chewy Golden Wrapper Instant Win Game for a chance to win 1 of 5 $25,000 grand prizes.

To find out which prize you’ve won, visit GoldenChewy.com to input the code printed on your golden wrapper.

Here’s what to know about the Quaker Instant Win Game. 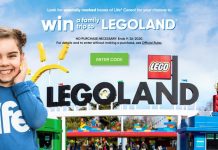