Eligibility :
The Promotion is open only to legal residents of the fifty (50) United States (and the District of Columbia), Canada (excluding Quebec), and the United Kingdom who are at least eighteen (18) years old at the time of entry.

How to Enter :
During the Promotion Period, visit http://handango.eprize.net/gomobile and select your country of residence. Follow the links and instructions to complete the registration form including a valid home address. P.O. Boxes are not permitted. Once you submit the registration form, and each day you subsequently login, you automatically will receive one (1) entry into either the Grand Prize Draw and one (1) entry into the Secondary Prize Draw.

Limit :
Each participant may enter the Grand Prize Draw and Secondary Prize Draw one (1) time per day during the Promotion Period. 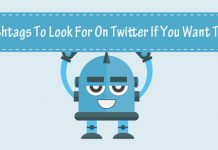