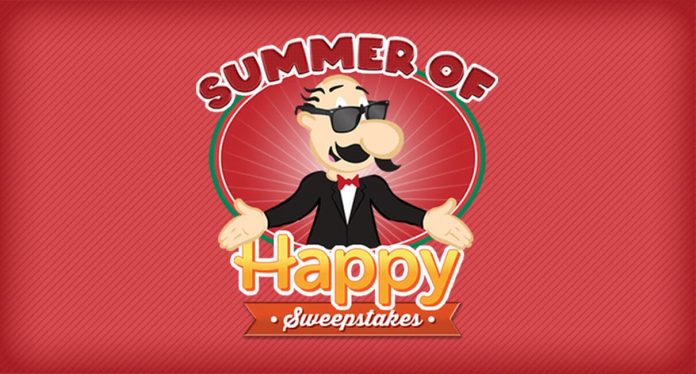 Enter the LaRosa’s Summer of Happy Sweepstakes at larosas.com/summerofhappy for your chance to win LaRosa’s Pizza for a year, ticket packs, and more.

Eligibility : The LaRosa’s Summer of Happy Sweepstakes is open only to legal residents of the United States in LaRosa’s operating areas (Ohio, Kentucky and Indiana) and is void in Arizona, Florida, Iowa, Nebraska, New York and Rhode Island, as well as all other countries and jurisdictions where prohibited by law.

How To Enter : The Sweepstakes may be entered by submitting an online entry
form as directed at larosas.com/summerofhappy.